In May this year Eivind recorded the viola concerto by Alessandro Appignani!

Together with Orchestra of the Accademia dell’Annunciata conducted by Maestro Riccardo Doni.
The recording was made in the church of San Bernardino in Abbiategrasso, Italy

Listen to the viola concerto via this link:
app.idagio.com

Here is a short film excerpt from the recording session:
www.youtube.com

The final concert in Norsjø Chamber Music Festival 2021 has been broadcaster on NRK.

It features new music by Norwegian composers such as Klaus Sandvik and Martin Ødegaard.

Out now! on “The Violin Channel”

Sharing some thoughts on my latest release Correspondances in The Violin Channel!

Review in The Strad

“A beautifully constructed recital from a virtuoso viola player”

Here is a short excerpt: 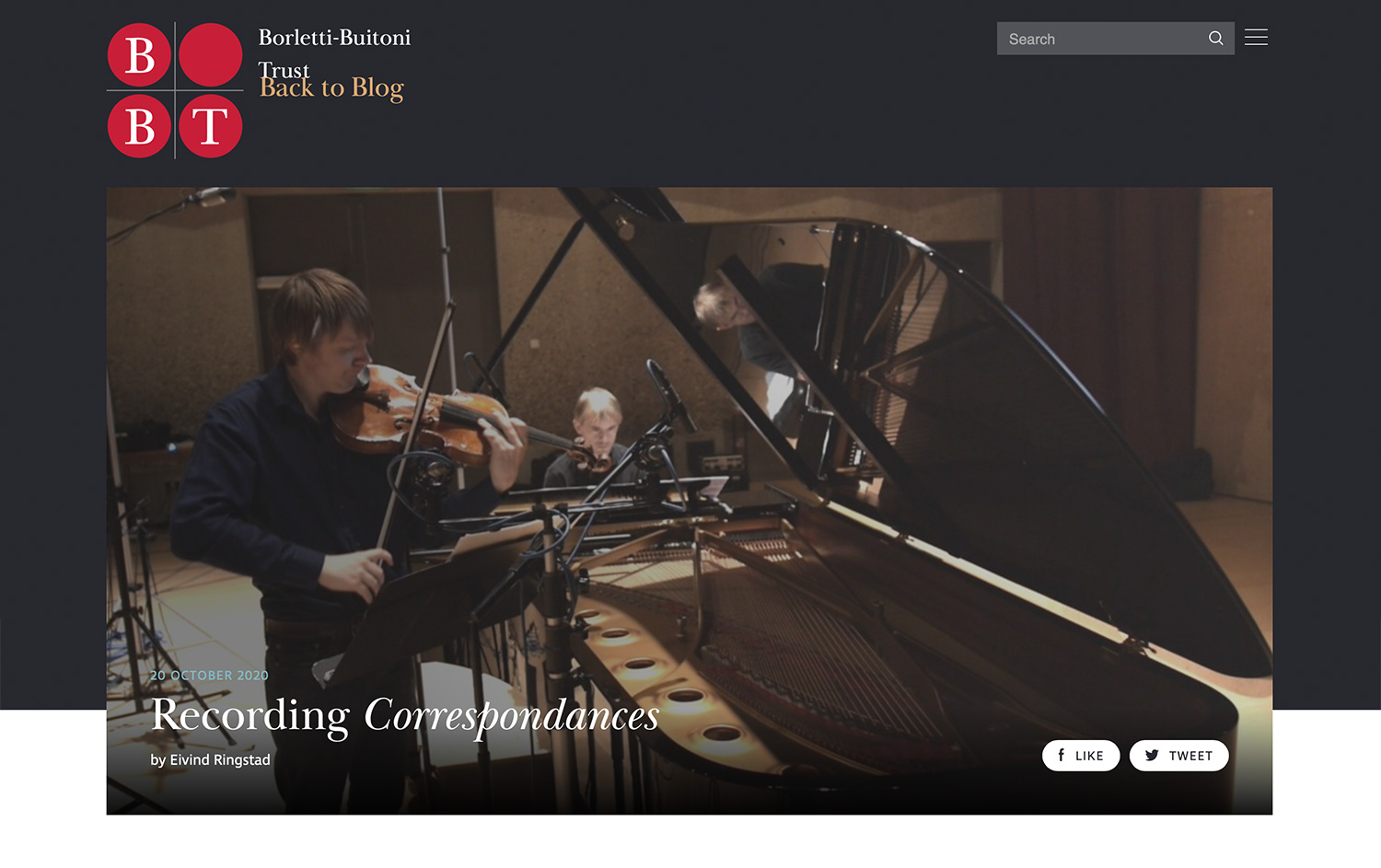 Album for Rubicon Classics out now!

It is available for listening on Spotify: